2-Night Retreat: At Arm’s Length – Why We Keep God Distant 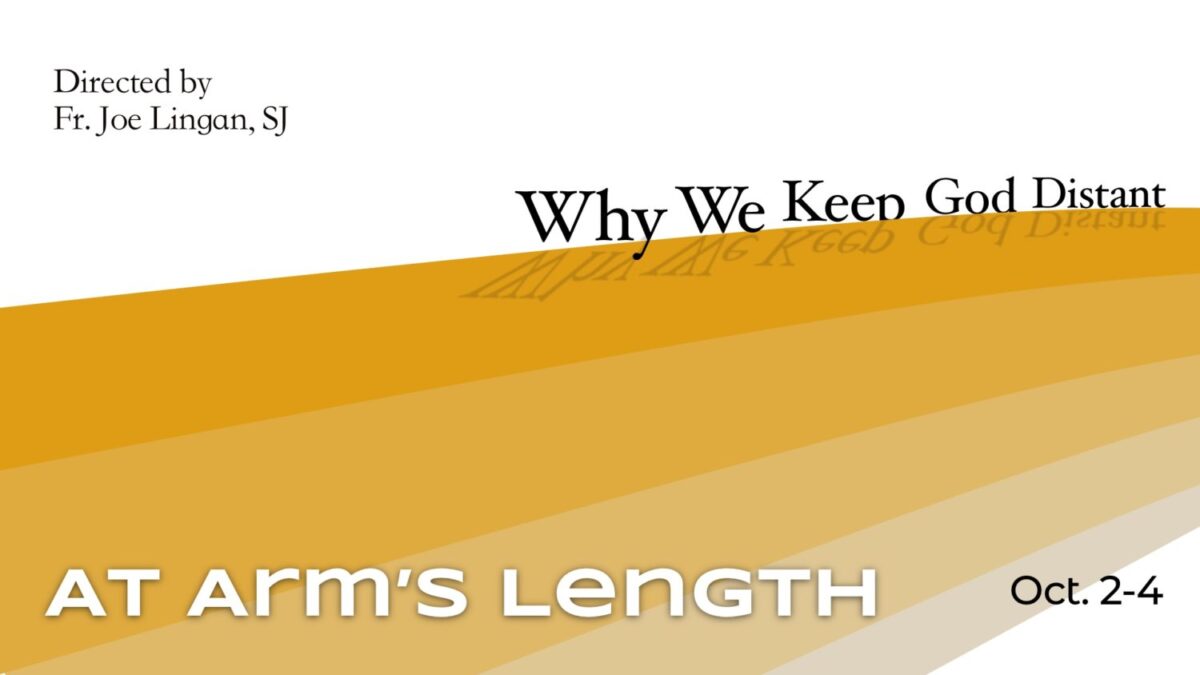 Our God is a loving and merciful God. However, for a variety of reasons, and in a variety of ways, we often keep God at a distance; often for reasons that are fallacious. This retreat reviews such reasoning and extends the encouragement to welcome and receive God, the One who loves us more than we can presently appreciate or imagine. Allowing God to come close, makes possible a depth of relationship with God that both humbles and heartens; a relationship that enables a uniquely rich discovery of one’s authentic self.