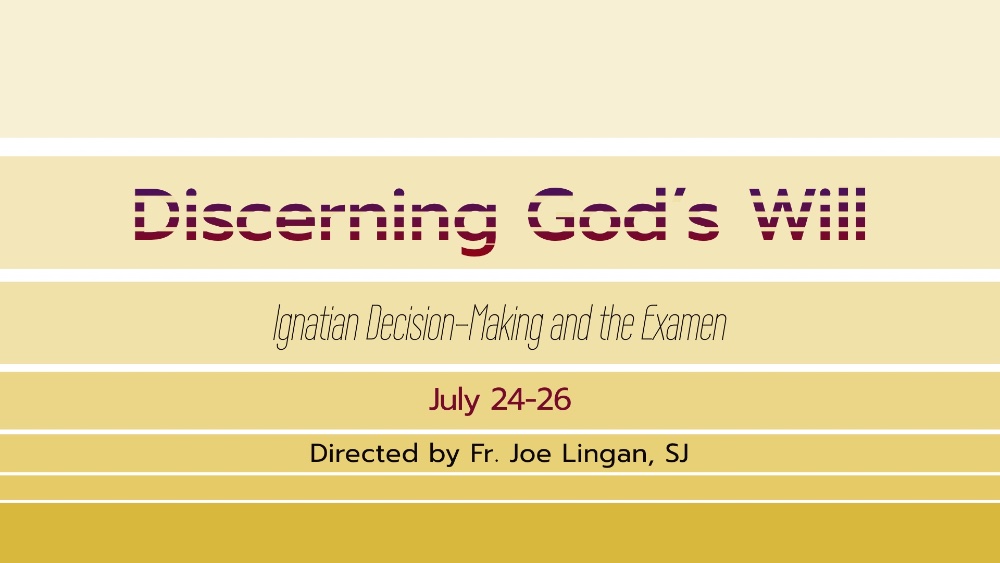 REGISTER HERE to attend in person

We face and make choices of all kinds, some conscious and some not, and all have consequences, some intended and some not. This retreat, drawn from The Spiritual Exercises of St. Ignatius Loyola, will offer an introduction to Ignatian discernment, whereby one can begin to be more aware of choices faced and made, as well as of the effective impact on one’s spiritual and personal life.  Limited to the first 22 registrants.  Advance registration required.

This is a silent retreat.
Retreatants are expected to maintain a sacred silence throughout the retreat, including at meals, unless otherwise noted.