2-Night Retreat: Wonderfully Made – A Retreat for LGBT Catholics and their Families 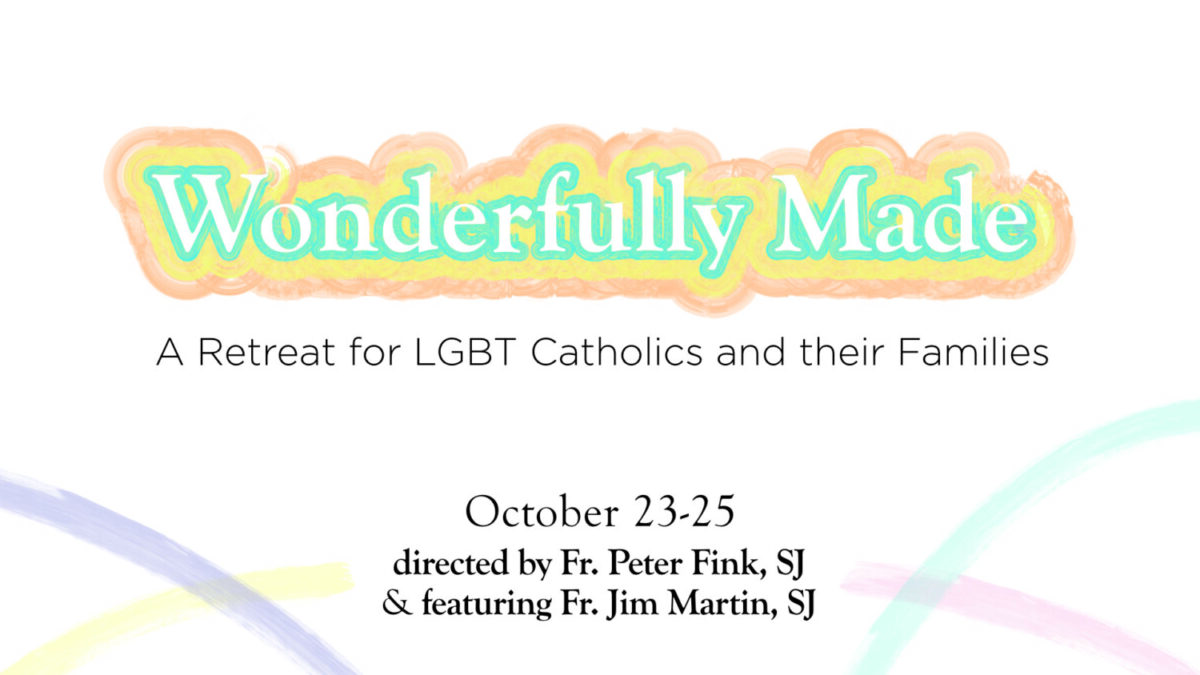 This is an invitation to come away to the quiet and discover more deeply one’s belovedness.  There will be time for silence, prayer and contemplation, focusing on the message of living as one of God’s children

This is a silent retreat, except for a virtual offering from Fr. Jim Martin, SJ and interactive Q&A on Saturday evening. Retreatants are expected to maintain a sacred silence throughout the retreat, including at meals, except as noted.

Rev. Peter E. Fink, SJ is a retreat director and spiritual advisor at Ignatius House. Just two years after his ordination to the priesthood in 1969, Fr. Peter started “Dignity in Atlanta” with Fr. Joe Cavallo to support gay members of the Catholic church. He has since led retreats for Fortunate & Faithful Families, including assisting a retreat for LGBTQ teens in Atlanta. At Ignatius House, he guides retreats on aspects of the Spiritual Exercises, the 12 Steps of recovery, Mary, healing and reconciliation, and ministry for priests, deacons and lay ministers. He holds an M.S. from Rensselaer Polytechnic Institute, an S.T.M. from Woodstock College, and a Ph.D. in Systematic Theology from Emory University.

Fr. James J. Martin, SJ  is an American Jesuit priest, a writer, and editor-at-large of the Jesuit magazine America. In 2017, Pope Francis appointed Father Jim, as he is often called, as a consultant to the Vatican’s Secretariat for Communications. He is a New York Times best-selling author and frequent commentator on the life and teachings of Jesus, and on Ignatian spirituality (inspired by the life and teachings of Saint Ignatius of Loyola). He is the author of Building a Bridge: How the Catholic Church and the LGBT Community Can Enter into a Relationship of Respect, Compassion, and Sensitivity.