3-Night Retreat: The Power of Gratitude: Why Thanksgiving is Essential to a Spiritual Life 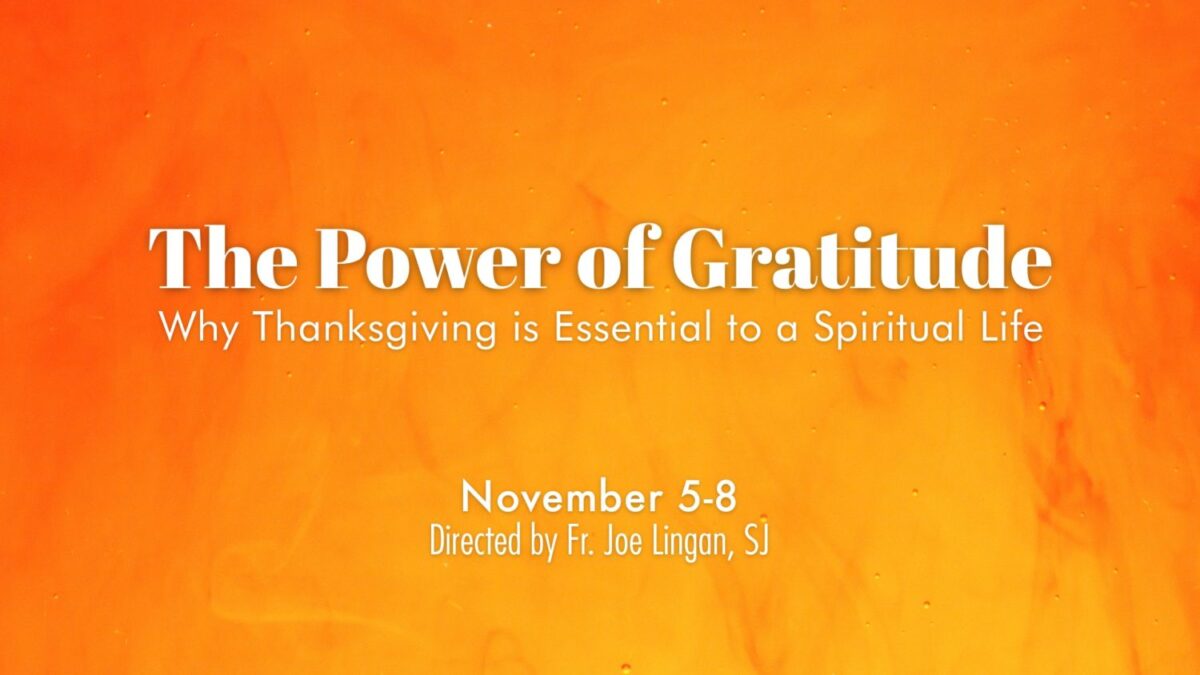 “Thanksgiving” is more than a National Holiday, it is a key disposition and an essential element to a fulfilling spiritual life. Through presentations and suggested prayer exercises, this retreat will explore the importance of developing an attitude of gratitude as a necessary foundational component to fostering and further forming a constructive and mature relationship with God.