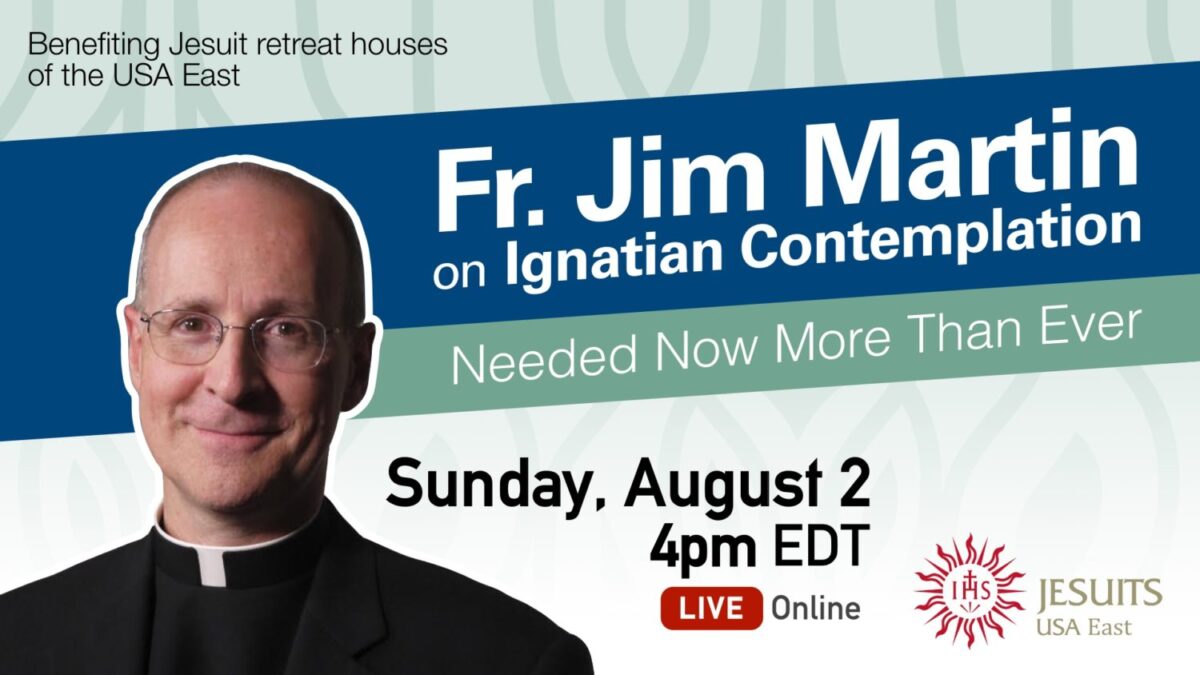 Join in a multi-state, interactive, online fundraiser for the Jesuit retreat houses of the Eastern United States.

What are the timeless truths of Ignatian spirituality and how can a nearly 500-year-old method for honest discernment help us in today’s turbulent times? If you are wondering how to seek truth among the chaos, what you can do now, or who you are called to be, join Fr. Jim Martin, SJ, for a live, interactive discussion on Zoom as he shares the Ignatian way of making decisions and the surprising closeness to God it brings, which is needed now more than ever.

The Rev. James Martin, SJ, is a Jesuit priest, editor-at-large at the Jesuit magazine America, and author of numerous books including My Life with the Saints and The Jesuit Guide to (Almost) Everything. He is a frequent commentator in the national and international media, having appeared in such diverse outlets as The Colbert Report, The Wall Street Journal, History Channel, BBC, and Vatican Radio. Before entering the Jesuits in 1988 he graduated from the Wharton School of Business.

Support the Jesuit retreat houses of the new USA East Province of the Society of Jesus.

Benefiting the operational and programmatic needs of: